Hi guys, I know I’ve been doing a few of these remaking the recipe kind of posts but I know that when I’m reading recipes or watching viral food videos I want to know where people cut corners and if it worked out for them. A few months ago my sister and I found The Scran Line on YouTube and we quickly fell in love with the way the cupcakes looked… The only question was, do these recipes actually work?

Most of the time when I see those viral recipe videos I tell myself I’m going to make whatever it is but then I never do… These cupcakes were different. Nick, the man behind The Scran Line, makes baking look approachable with awesome results. I love to bake from scratch but I don’t like trying new recipes because I’m afraid that they’ll turn out weird. A few months ago I decided to actually try to make a recipe from The Scran Line.

And they were bomb af.

It’s been some time since I made those cupcakes so I did it again and took pictures along the way! I made salted caramel and raspberry white chocolate cheesecake cupcakes.

The first thing I do when I make these cupcakes is measure out all of my ingredients, so 429g of… Mmm. You read that right. Grams. If you live in the US (maybe some other parts of the world) then you’re a slave to the US standard system and you probably don’t have a food scale just hanging around the house. 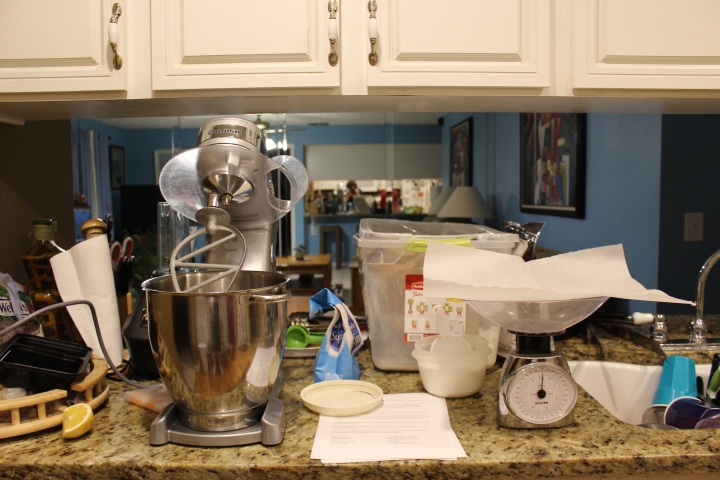 The first time we made these I had to hunt the house for a food scale and we’re lucky enough to have one, if I was at my mom’s house I would be SOL. If you’re interested in making these cupcakes, I advise you not to round your measurements, baking does tend to be an exact sciences. You can find affordable, digital food scales on Amazon, or at Wal-Mart.

Okay, let’s backtrack a bit. The first thing I do when making these cupcakes is measure out all of my ingredients : flour, butter, caster sugar *car screech noise* caster sugar?

Ingredients measured out, I moved on to mixing the ingredients. This part is a bit boring, dry ingredients first, then add the wet ingredients, scrape down your bowl, blah blah blah. Sometimes, when I’m making a recipe I’m not sure what it’s supposed to look like during one of the middle steps and I get very uneasy and tend to overcompensate for whatever I think the problem is… Baking these cupcakes is a breeze because if at any point I feel like it looks wrong I can consult The Scran Line videos on YouTube and see exactly what his batter looked like.

As soon as the oven door shut on the first batch I worked on the second batter, basically the same steps, measure out ingredients, mix the dry stuff, add the wet ones, blah… For the cheesecake cupcakes I actually did quite a bit of manipulation. Raspberries aren’t in season right now so I can’t find them at any stores near me so instead I went the route of traditional New York cheesecake. I didn’t add any fruit to the actual cupcake, making it a basic cheesecake filled cupcake.

While those were mixing, the salted caramel cupcakes finished in the oven. The cupcakes come out of the oven with their perfect dome tops and go onto a cooling rack. At our house this means we set up one of our wire cooling racks, at my mom’s house I would put them on a tray and into the fridge (she keeps her house at a toasty 80 degrees). 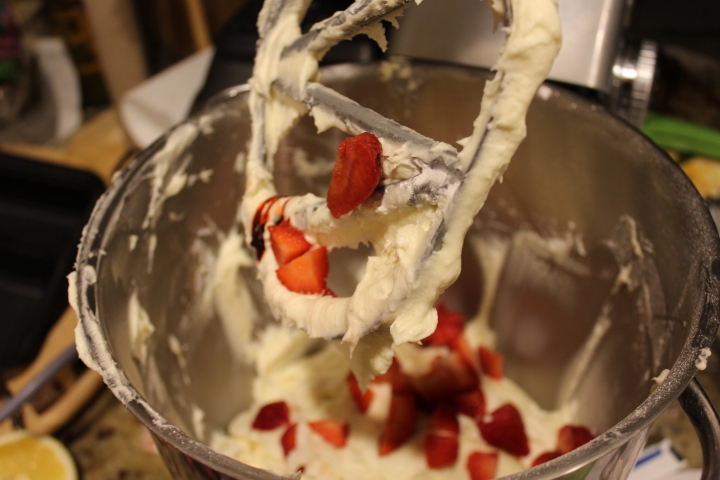 I split the icing recipe, added caramel (btw I didn’t make my own caramel, I used Ghirardelli caramel) to about a third of it and fresh, blended strawberries to the other two thirds. After the cupcakes cooled completely I used a round piping tip and added a good amount (not a huge amount) to the cupcakes.

I highly recommend following any of Nick’s recipes for several reasons :

Who is your favorite foodie blogger or YouTuber? Let us know in the comments below so we can try some new recipes!

Until next time! Xx