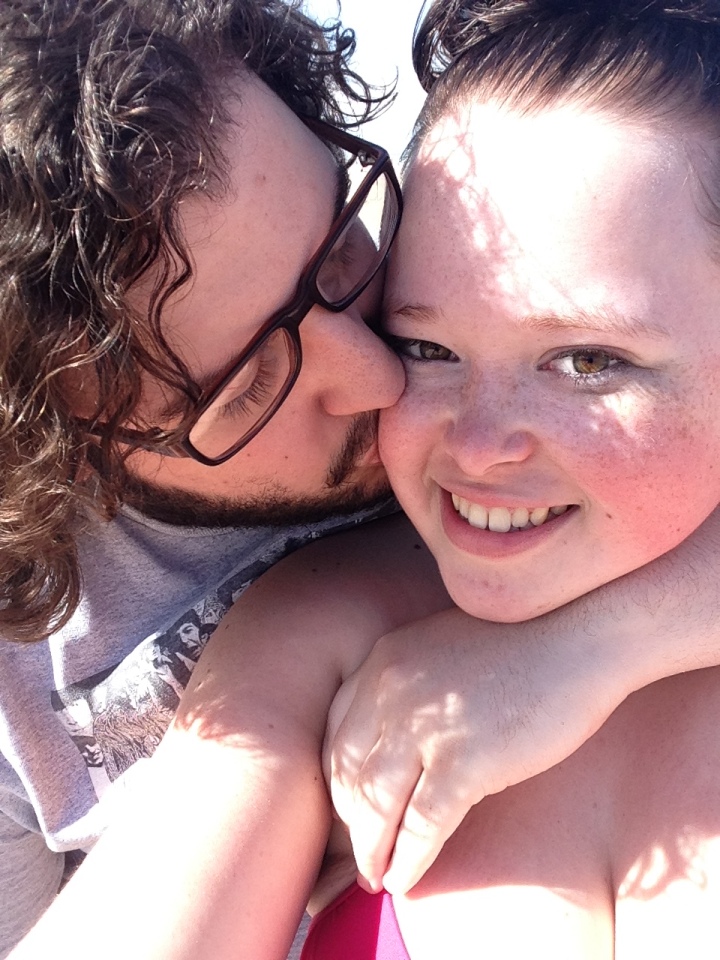 We’re going old school this Valentine’s Day and celebrating the boyfriend/girlfriend tag. I thought this would just be stupid filler for a post but I actually loved doing this. I’m going to post “The Girlfriend Tag” later today!

*We did this newlyweds style so we both filled out the questionnaire with what we thought the other person would say and then with what we answered about each other, does that make sense? Probably not… Oh well.*

1) She’s sitting in front of the TV, what is on the screen?
He says : A competition reality show
She said : Hell’s Kitchen, RuPaul, Dance Moms, any one of these would make acceptable answers

3) What’s one food she absolutely hates?
He says : Mustard
She said : There’s a ton of food I really don’t like. Fish, mushrooms, mustard, mayonnaise, any kind of dressing, I absolutely hate onions, humus, marinara sauce, relish

4) You go out to eat and have a drink, what does she order?
He says : A vodka ___ (insert lemonade, soda, fruit mixer)
She said : Water, cherry pepsi, or any kind of fruity drink with vodka in it

5) What size shoe does she wear?
He says : Usually 6-7 depending on the shoes
She said : 7 most of the time

6) If she was collecting anything what would it be?
He says : Puppies
She said : Disney charms

7) What is her favorite type of sandwich?
He says : Turkey and white american
She said : Turkey on wheat

11) What is her favorite sports team?
He says : Uh, Jaguars?
She said : Maybe the Vikings, it’s an obligatory kind of fandom though

12) What’s her eye color?
He says : Anywhere from hazel to brown, depending
She said : Greenish brownish hazel kind of

13) Who is her best friend?
He says : Me
She said : Kierstin or Elsa [She also rolled her eyes when she saw his answer]

15) Where was she born?
He says : MinneSNOWta
She said : Minnesota

16) You bake her a cake for her birthday, what kind of cake is it?
He says : One with icing on the side
She said : Chocolate with strawberry filling, no icing

17) Does/did she play any sports?
He says : She used to run
She said : Running

18) What could she spend hours doing?
He says : Reading
She said : Reading or writing

19) What is one unique talent she has?
He says : She can literally do any craft or recipe and it always comes out right
She says : Crafting

One thought on “The Boyfriend Tag”